The Montague Folding Bike Leads The
Pack In Ruggedness And Simplicity

When folded they take up about as much space as a suitcase so you can easily throw it in the back of an SUV or probably in your trunk. This is another big plus since you may not need a bicycle carrier. Storage is another big plus especially for apartment dwellers or anyone with limited storage space.

The Montague bikes are considerably more rugged than is typical of folding bikes but smart design and component selection result in weights comparable, or even lighter, than much smaller bikes. The Urban bikes range from 24 lbs to 27 lbs and the Mountain Suspension Bikes range from 27 lbs to 32 lbs. So handling is a breeze for most adults.

Return from Montague Folding Bike to choosing a bicycle 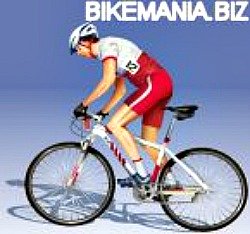